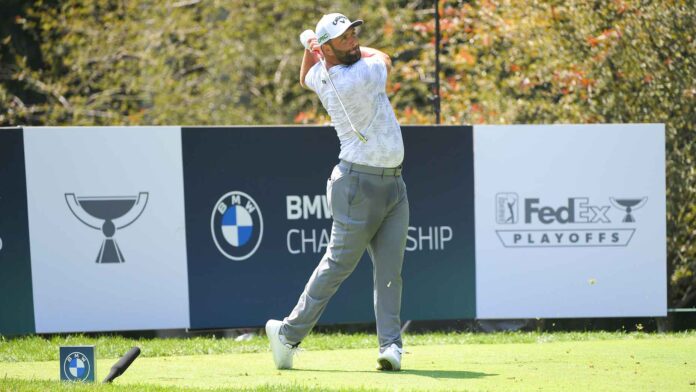 The Masters are without doubt one of the biggest tournaments on the PGA calendar.

Taking place at Augusta National Golf Club, it is the first major of the season, with the 2022 version to be the 88th edition of the event.

Jack Nicklaus might hold the record for the most wins at the Masters with six, but former champions Dustin Johnson, Patrick Reed, Jordan Spieth, Australian Adam Scott and even Tiger Woods are all former champions who will feature in the 2022 field for the event.

Here are the five men most likely to take home the green jacket, which you can tip on by using sports betting websites.

5. Dustin Johnson
Johnson might be on the wrong end of 35, but he comes into the 2022 Masters as a former champion, having won his first green jacket in 2020.

2020 was an excellent year for Johnson with a second-place at the PGA Championship and a sixth-place finish at the US Open.

2021 might not have gone to plan for Johnson, but an eighth-placed finish at The Open Championship salvaged something from the season, while his long victory for the season came at the Saudi International.

The Masters are the only major he is yet to record a win, and while he hasn't won one since his 2014 victory at The Open Championship, he won the PGA Tour player of the year award as recently as 2019.

With two tournament victories during 2021 at the Wells Fargo Championship and CJ Cup, as well as a seventh-placed finish at the US Open, he still has plenty to offer.

3. Brooks Koepka
Kopeka came painfully close to winning The Masters in 2019, finishing in second place, and while he has only had two top-ten finishes at The Masters, the American can't be discounted.

His career includes four major victories, with two at the US Open and two at the PGA Championship, while he has also been relatively consistent, finishing in the top six of three out of the four majors last year, even if he was cut at The Masters.

The 31-year-old Florida native has held the number one ranking for 47 weeks in his career and is a strong chance of competing at the top end come the 2022 edition at Augusta.

2. Jordan Spieth
Speith, in the prime of his career, is one of those who is a former Masters winner.

His green jacket at the famous course might have come back in 2015, but two-third placed finishes in the last three years illustrate he is more than in the mix.

He also had a second-placed finish at last year's The Open Championship, while he has victories at every major apart from the PGA Championship.

His last tournament victory came at the 2021 Texas Open, but Spieth can't be discounted.

1. Jon Rahm
Rahm has, thus far, failed to break through at the Masters, with his best finish being a fourth place at the 2018 tournament.

Despite that, he comes into 2022 as the clear favourite to take out the first major of the year following a victory at the 2021 US Open, and a third-placed finish at The Open Championship.

He was also named winner of the PGA Player of the year in 2020-21, while he has finished in the top ten at the Masters since his last first appearance when he made the cut. Since then, he has finished fourth, ninths, seventh and fifth.

His consistency is remarkable, and it would appear Rahm is primed to break through for a win.